Brits at the Bolshoi Ballet Academy

In 2012, I became the 11th Brit to train formally at the Bolshoi.  I was often asked about my fellow-Brit predecessors.  Here is the list as I understand it. If you know of any other Brits that I’ve missed out, or if you know of any other information I should add, then please get in touch and I’ll update the blog as I find out more.  If you’d like to read my top tips for international students thinking of training at the Academy then read this post here.

The first Brit at the Bolshoi Bolshoi Ballet Academy was Ann Stone. She commenced a five year training programme in 1959 at the age of 14.  Ann wasn’t able to complete her training due to injury.

It’s also worth mentioning Richard Collins, at this point.  He travelled to Moscow to train with and work for the actual Bolshoi Ballet Company for four years from 1968.  As, strictly speaking, he didn’t actually train at the Academy (he started ballet training late at the Royal Ballet Upper School) I haven’t included him in the numbers.  He wrote a really interesting book on his experience- Behind the Bolshoi Curtain.

Quite a while after Ann and Linda trail-blazed the way, Ralph Pickering joined the Academy in 2004 until 2007. Ralph unfortunately gave up dancing due to injury.  Next was Henry Perkins who started at the Academy in 2006. The BBC made a documentary about Henry’s training.  He graduated in 2010 and danced with the Estonian Ballet Company although, I understand, he no longer dances professionally.

Next was Rebecca Croan who started at the Academy in 2008.  She completed a Traineeship year and left to join the European Ballet until an injury forced her to quit ballet.

Natalie Carter and Daniel Dolan started training at the Academy in 2009.  Both started on a Traineeship and went onto a Diploma.  Hayley Stobo started a year later in 2010, going straight onto the Diploma course.  All three were in their final year when I started here.  They graduated in 2013.  Daniel now has a contract with the Lithuanian Ballet Company.  This is a BBC news clip about Natalie, Daniel and Hayley.  (Natalie and Hayley had the same ballet teacher that I now have -Natalia Igorivna Revitch – who can be seen at the beginning of the clip!)

In 2011, Nikita Baron joined the Academy on a six month programme.  Nikita then went on to train in the UK.  Also in 2011, Heather McGowan started training at the Academy.  Heather completed her Traineeship and a few months of the Diploma and left in 2013.

With my friend, Nastia, outside the Academy on graduation day.

Darcy Angus joined the Academy for a traineeship year in 2015 and Beatrice Millar joined in 2016 in the lower school.

So according to my research, and as at January 2017, that equates to 13 of the 16 Brits completing a formal training programme so far.  Six have graduated the Diploma programme; three female students and three male students.

So there’s room for plenty more!

Some of my final year state exam photos: 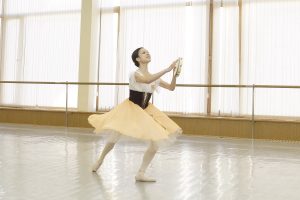 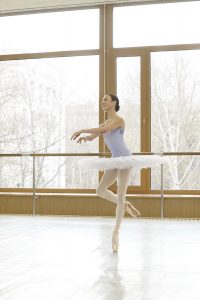 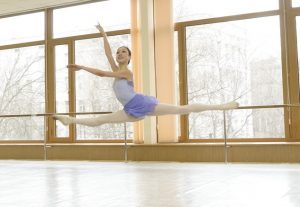 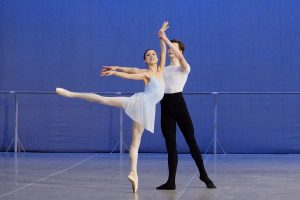 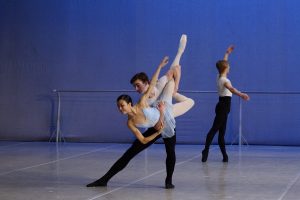 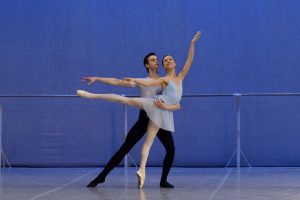