An Introduction to Stanislavsky and a Visitor Arrives

Already October has ended and November 2013 is upon us; really, I don’t know where the time is going! This year I was lucky enough to have my Mum book to visit me half way through this first ‘semester’ but, back in September, the exact date (30th October) seemed a long way off- such a shock it was, then, when the final days of said month crept up and, all of a sudden, I was off to stay with my Mum in an apartment here in Frunzenskaya, travelling to and from the Academy every day for lessons!

But to return to the start of the month, my class was lucky enough to be given the chance to watch an open dress rehearsal of La Bayadere by Stanislavsky Theatre, along with others from the Academy. I’d already seen the Bolshoi’s version so I was very interested to see how this one differed.

Overall, I thought Stanislavsky’s take on the ballet was really very good!  Firstly, the theatre is a very manageable size, meaning pretty much every seat has a decent view of the stage; the theatre itself being cloaked in a deep royal blue that adds a particularly regal quality to the atmosphere.  It is a much more modern building, internally and externally, than the Bolshoi theatre. Secondly, I’d never before seen anyone from the company dance, and having such a clear outlook onto the performance for a change (in the Bolshoi Theatre you must always be prepared to have to wriggle around a bit to see well!) provided me with a fantastic introduction to the dancers, of whom I was blown away with by their incredible technique.

Outside the Stanislavsky theatre

The third and most impactful factor, however, was the inclusion of a third act to the ballet; banned in the days of Communism, Stanislavsky have brought back the final wedding scene of Solor and Gamzatti while the spirit of Nikiya dances among them and a vicious storm rages. It gave a satisfying and dramatic ending to an already vibrant and dazzling ballet.

I followed my first Stanislavsky theatre trip with a second to see their production of Coppelia later in the month.  Again, theirs was a very different version with new choreography, scenery and costumes. And, again, the performances were really special; we actually only realised on the night, that dancing Frantz was the infamous Sergei Polunin (ex of the Royal Ballet), who really was amazing and perfectly executed his role.  Kristina Shapran performed the role of Swanilda and Anton Domashev, Dr Coppelius.

The first act really benefitted from the choreographic make over, however, I think the second needed to retain some of the characteristics of the original, such as the moment when Swanilda, as Coppelia, winds up all the dolls in Dr Coppelius’s workshop, bringing forth the Spanish doll dance, the Scottish and the Chinese. The lack of these other dolls also weakened the enigmatic atmosphere that lingers in that original version plus I wish there had been a traditional pas de deux with solos and a coda to create a climax at the end- the finish would have been more celebratory. 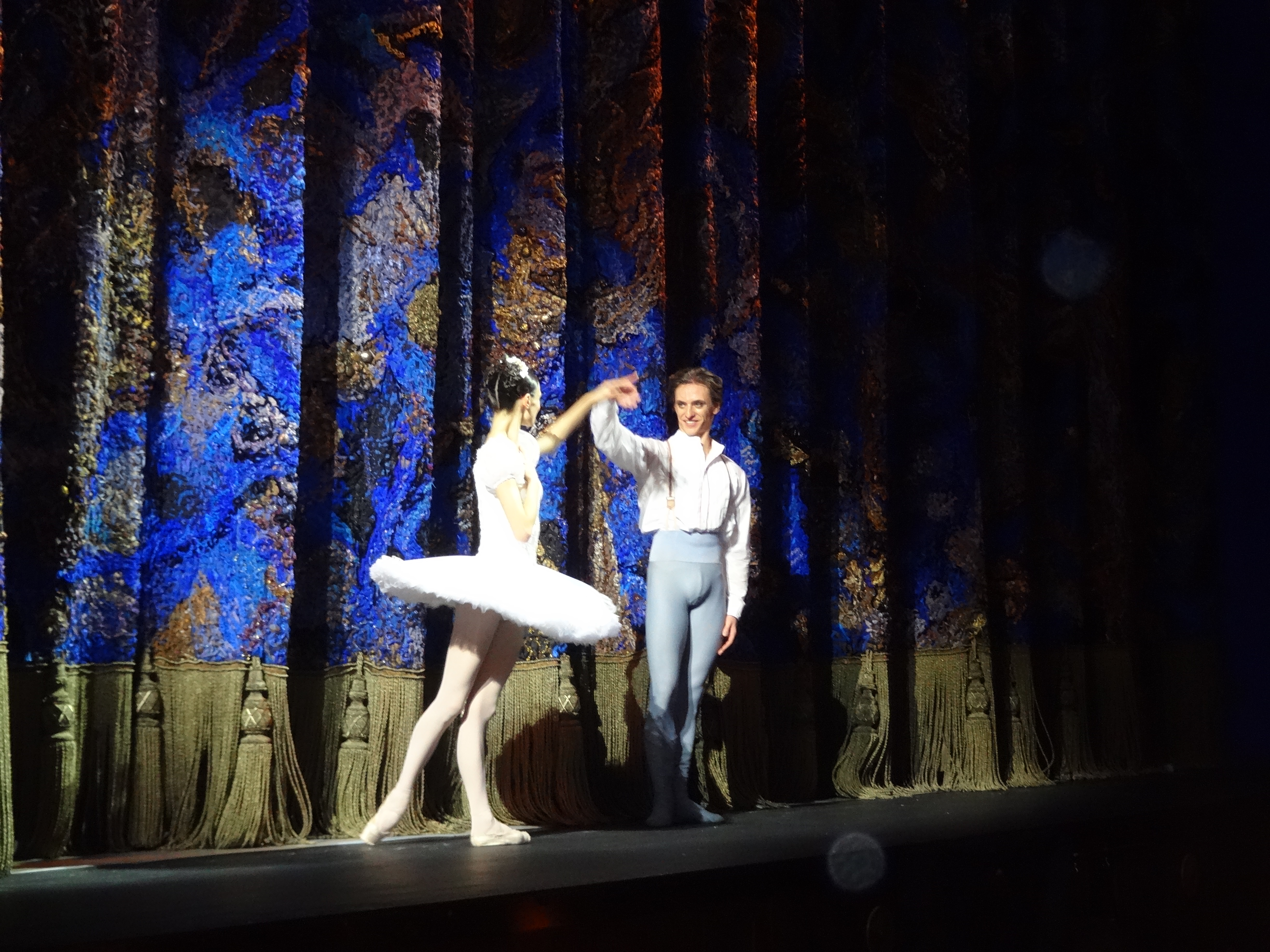 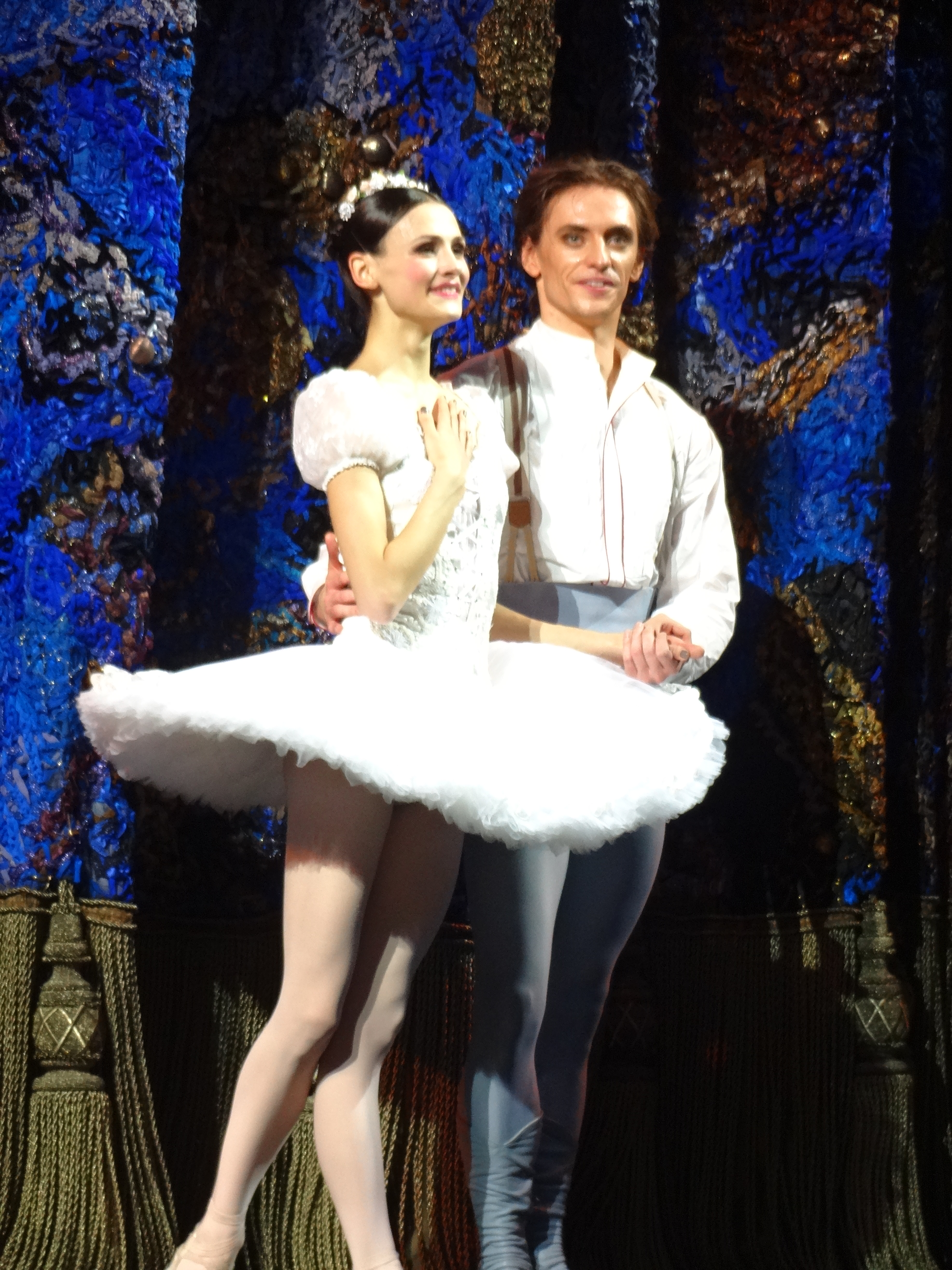 All in all, though, it was another wonderful show that has opened my eyes to another brilliant company in Moscow, of whom I will definitely watch many more times.  Coincidently, my class are learning excerpts from the original Coppelia in ballet class.  So it was interesting to try and spot some of the old choreography in the new Stanislavsky version. 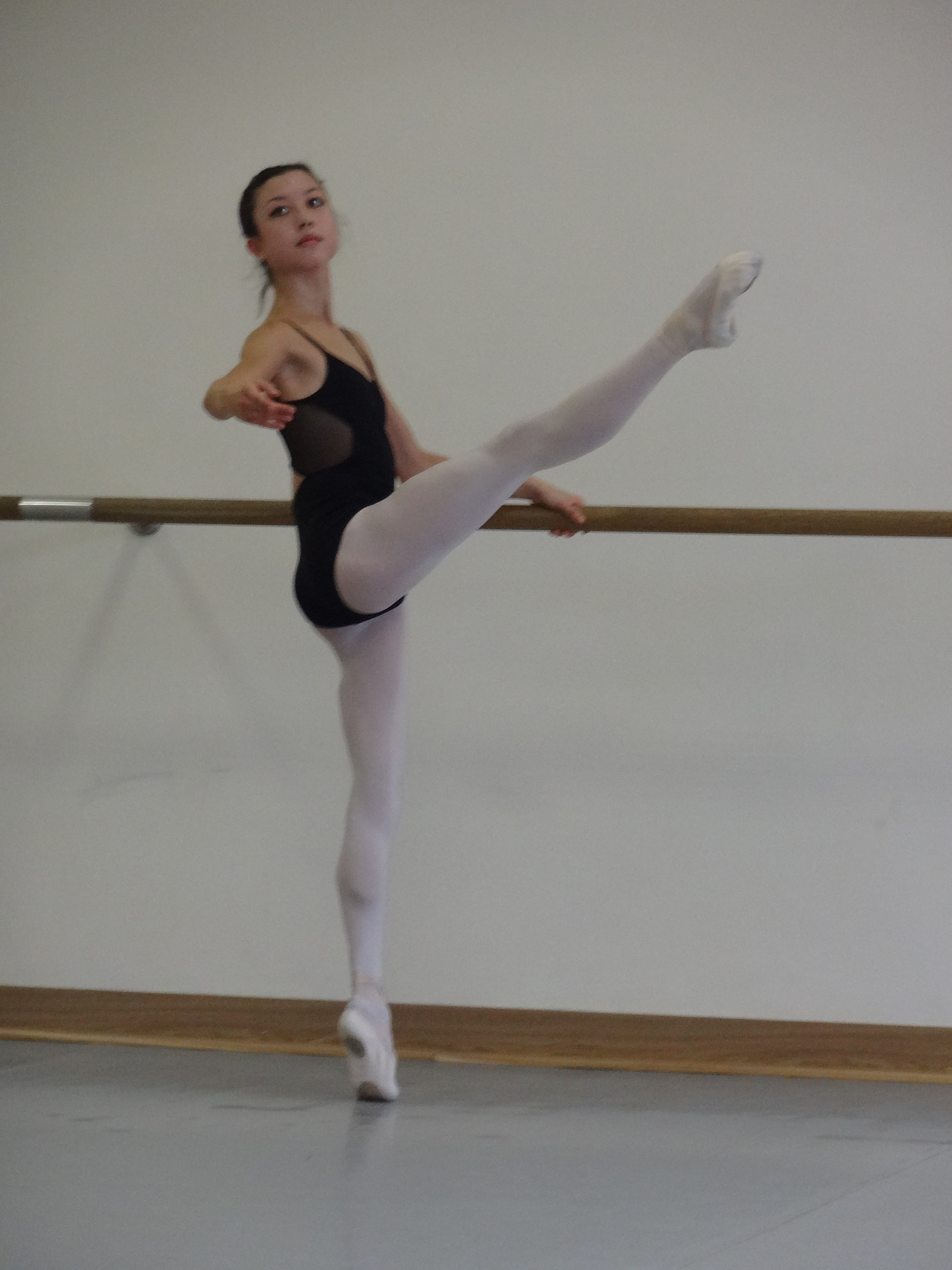 Whilst my Mum has been here, she has been able to watch some of my classes.  So far, in addition to ballet, she has seen my character class.  Character is a large part of Russian training. At the moment we are focusing on Spanish character, although we have also been learning Hungarian and Polish styles too. 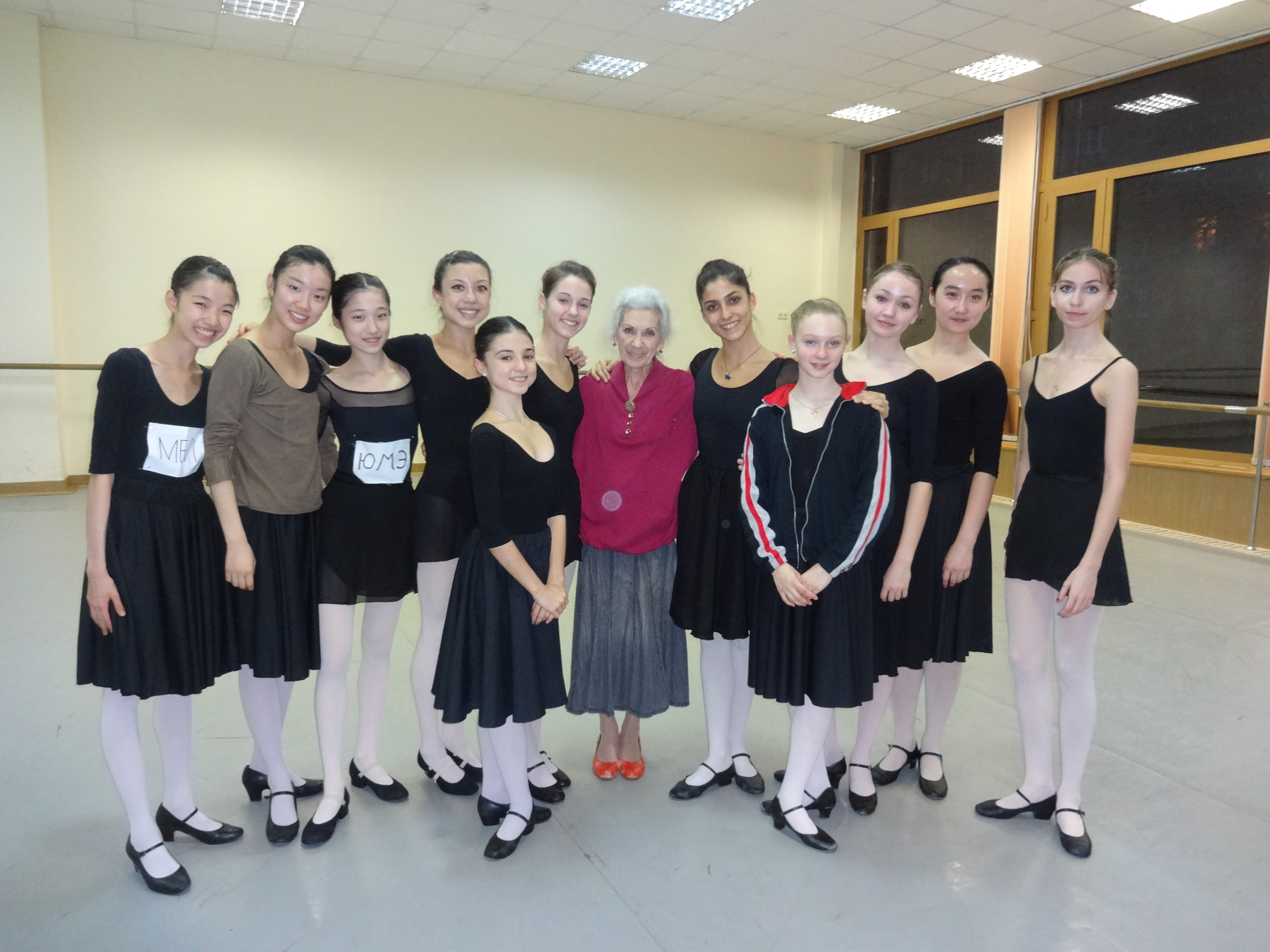 This moment in time is also a rather special one, as it marks the 240th anniversary of the Academy. Many events and performances are being organised to celebrate, initiating with the unveiling of a plaque in memory of one of the rectors of The Bolshoi Ballet Academy, Sofia Nikolaevna Golovkin , and a small performance on the Academy stage. The Minister of Culture, Vladimir Medina, unveiled the plaque.  More festivities will continue, including an exciting gala by the Academy’s students in the Kremlin Theatre along with students from other top ballet schools, such as American Ballet Theatre. 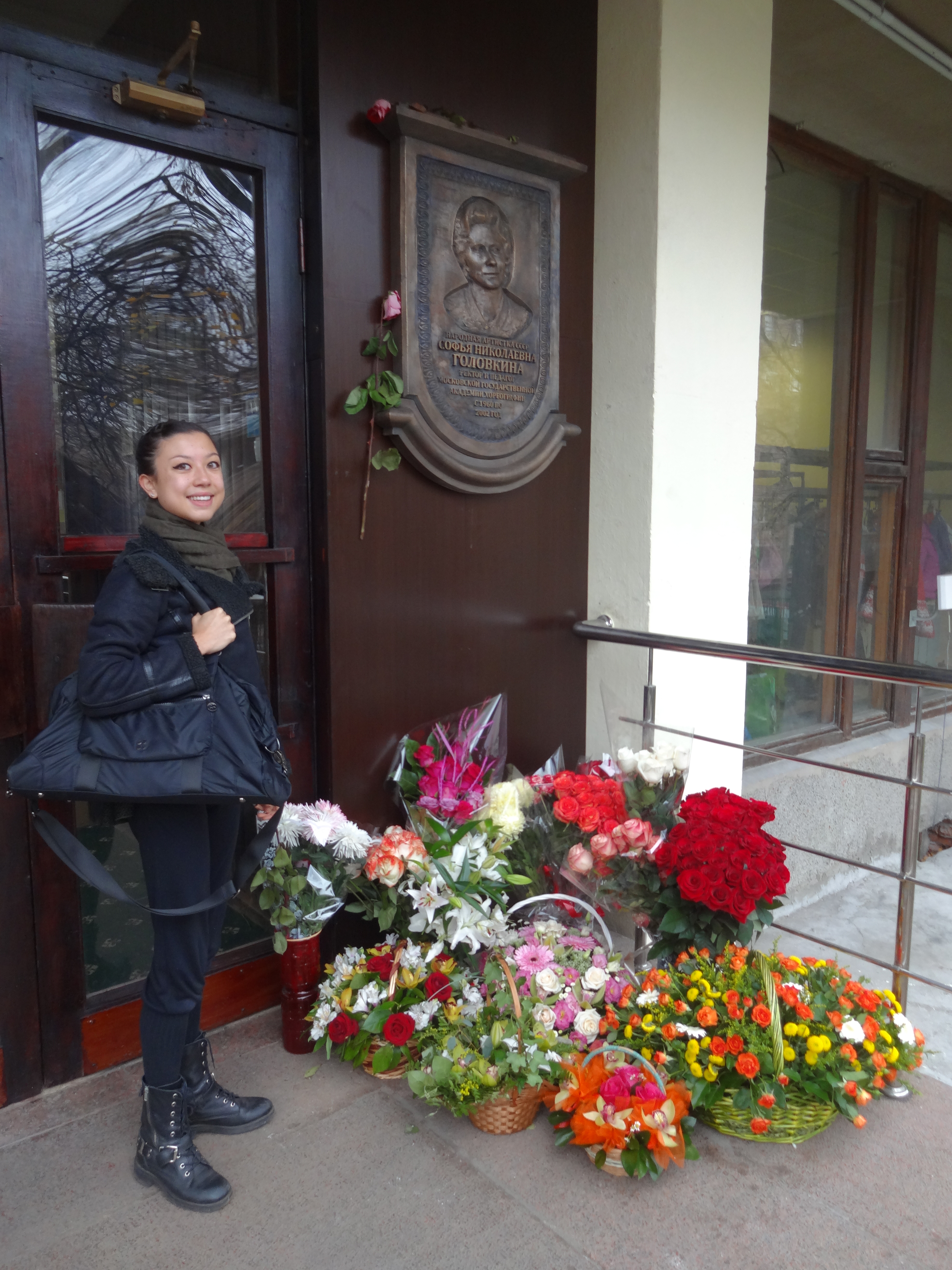 As for my training, it is definitely a step up from last year! But I wouldn’t want it any other way; though I’m tired with the very full days of both vocational training and academics, I feel I’m improving more and time only flies when you’re having fun…!

If you’d like to follow my career as a professional classical dancer, following my training at the Bolshoi Ballet Academy, then go over to my Instagram page.